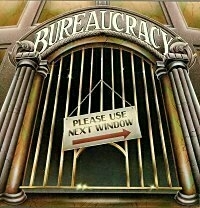 As most of you know, I hate paperwork.

So when after a lot of effort I received my residence permit in 2002, and it appeared to be only valid for 4 months, I quickly decided that it was not worth the effort. Fortunately, coming from another EU country I have the privilege to not really need it in daily life, so there was no problem. I can use my Dutch documentation for identify myself.

The only thing I can't do is to buy expensive goods as a new car or a house. I had forgotten completely about these limitations, until we started looking for a new car last summer. We did buy the car on MJ's name, but I decided to go for it again and hope that they would give me a longer lasting residence card. That was in August 2005:

August
I started by obtaining the necessary papers and filling them in. I also tried to phone to the immigration office to get an appointment for delivering these papers. After two weeks, I got my appointment, which fortunately was after the business hours of my office.

September 8
After leaving the office I went to the immigration office to deliver all papers I had prepared: a special form, copies of my passport, copies of my current, expired, residence card, copies of my last salary statement, an extract from my record in the town hall…

Fortunately I had understood the cryptic instructions correctly, and all papers were in order. They told me that they were going to study my request, which was going to take them a full month!

November 9
Time to find out whether they had approved my request. Unfortunately, this can't be done with an appointment, so you simply had to queue up at the immigration office. I told my boss that I was going to arrive late, and joined the queue two hours before the office was going to open. I only had about 20 people in front of me. I already knew from last time that I would have to spend the whole morning in the queue if I would not be there before they open their doors. After spending three hours on the street, and waiting 20 minutes more inside the office, I finally got a bunch of papers back; my request had been approved. I had to go to the bank to pay the administration costs and then to the police office to get my residence card. I payed directly, and decided to visit the police the next day, since the queue was too big already.

November 10
I told my boss that I would arrive late again, and joined the queue 90 minutes before opening time; the queue at the police station is smaller. This time I only had 12 people in from of me. After waiting two hours on the street, I was allowed to enter to show the papers I received at the immigration office and place my signature and fingerprint on a special form so they can create my residence permit. They need one full month for doing this.

December 30
Because of the cold and the amount of work I had in December, I didn't go to pick up my residence permit until three weeks later. Once again I told my company that I would arrive late and once again I had to queue on the street, but this time only 45 minutes. Almost five months after filling in the forms I finally received a little card, which fortunately is valid until 2010.

Renewing my residence permit has cost me €7, but most of all a lot of precious time. I spent about 6 hours waiting in queues on the street, 45 minutes in queues inside offices, and have been out of office during 3 hours. To me that sounds like I have wasted a lot of time for a simple administrative request. I mainly have been transporting papers from home to one office, and from one office to another; something which could easily have been done by mail. I know that I have to show up in person to get an identification document, but does this have to be for each and every step??? And why do they need a full month to check my history and approve my request and a full month to print out a little plastic credit-card sized pass???

As most of you know, I hate paperwork.